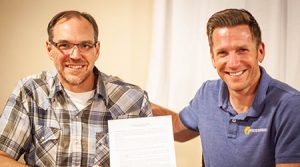 It would be impossible to capture in a single article everything that led to the birth of Familia LightShine, but I’ll do my best! The year was 2011, while working in the mission field with a young girl who lived in the north of the city. We noticed she had burn marks on her arms and learned that her brothers would burn her with cigarettes while sexually abusing her.

We were helpless, knowing there was no good answer for her. God opened our eyes to the fact that she was just one of thousands of children in crisis; orphans or institutionalized children in Chihuahua City. Our hearts were broken, and from that brokenness came prayer and weeping, a cry from our hearts asking God to work miracles and provide a solution for children in crisis. Years later, we have seen miracles, and we have been presented with a solution!

Mark 9:37 reads “whoever receives one of these little children in My name receives Me; and whoever receives Me, receives not Me but Him who sent Me.” Jesus talks about Born Again Believers in this verse, but He’s also talking about literal children! As the disciples were equating greatness with power and authority, pride and knowledge, Jesus was showing them the exact opposite. Receiving a child in the name of Christ. Being Jesus to a child! We would start Foster Care in Chihuahua, Mexico. Familia LightShine was born in 2015.

Foster Care was a foreign idea in people’s minds in Chihuahua. A foreign concept that did not fit in naturally with them. So a change of mind was needed both in the government and the church. For years we prayed and worked to make this happen. The Church responded to the call, and families signed up to be trained and prepared for foster care. Finally, 0n 2018, the local authorities approved us to certify 15 families as foster families! Laws were changed regarding orphan care, hearts were being transformed, and children were being loved by a group of foster families.

After taking witnessing the success of the Familia LightShine model, on 2019 we were asked to more than triple our operation! We are now mobilizing and equipping the body of Christ in Chihuahua, Mexico to provide family-based orphan care for local children in crisis. We have partnered with other organizations to expand our vision to different states in the country.

I believe God is doing an incredible miracle in Chihuahua. And I invite you to be a part of it. Be it by praying for us, or by partnering with us